During the last week, I did continue to chip away at the brick wall that is standing between myself the level of fitness at which I want to be, although I still haven’t managed to create any major fault lines yet.

I did resume weight training with which I’ve not been consistent since I moved here, having my last drop off after Sarah and Josh’s wedding. In some ways it feels futile, because it feels detrimental in the short term. However, I’ve seen its benefits in the past, and I truly believe that if I can string together a few weeks of no missed sessions, it will start making me faster.

We also continued with Week #2 of our Tuesday Night Mountain Climb plan. Of course, it only became that last week. Two weeks ago, it was merely my desire to expand beyond the easy, flat out-and-back road rides that we’d been doing a couple of nights a week, so I said we should climb to the top of the first major ridge outside of town. It is about the same distance we’d been doing, but obviously harder. Once we’d done it the first time and established a marker, I came up with a plan to do it every Tuesday night and eventually start going down the other side, which is harder, and back up that as well. Last week’s climb actually went really well, as I went six minutes faster, even with some fresh weight training in my legs.

I made through our intramural softball game on Wednesday and Thursday’s weight workout and realized that I was pretty sure that it was the first time since I moved here that I made it to Thursday night without suffering from complete exhaustion. My team at work was in the midst of a crazy transitional period when I started, and during the last month we’ve finally gotten past that and into a maintenance/enhancement phase. That means that my work is a little more predictable and more focused on what I’m good at, as opposed to just doing whatever people need help with. I think that’s helped with both my anxiety and exhaustion a lot. So I was really starting to feel like I might actually break through the wall at some point, although I still have a lot work do.

Unfortunately, my main mountain bike ride of the week was kind of a bummer. I actually started out feeling better than I have at the beginning of a ride in weeks. Unfortunately, the crappy feeling came back with a vengeance about an hour into the ride, but I still stuck it out and got in three (slow) hours before packing it in. My road ride Sunday was a little better, and I felt okay with capping off a pretty solid week. The fatigue is starting to catch up with me today, but I’m really hoping to hold it together through Friday. After that I’ll be on a bike-free weekend in NYC during which I’ll hopefully recover for the next round. 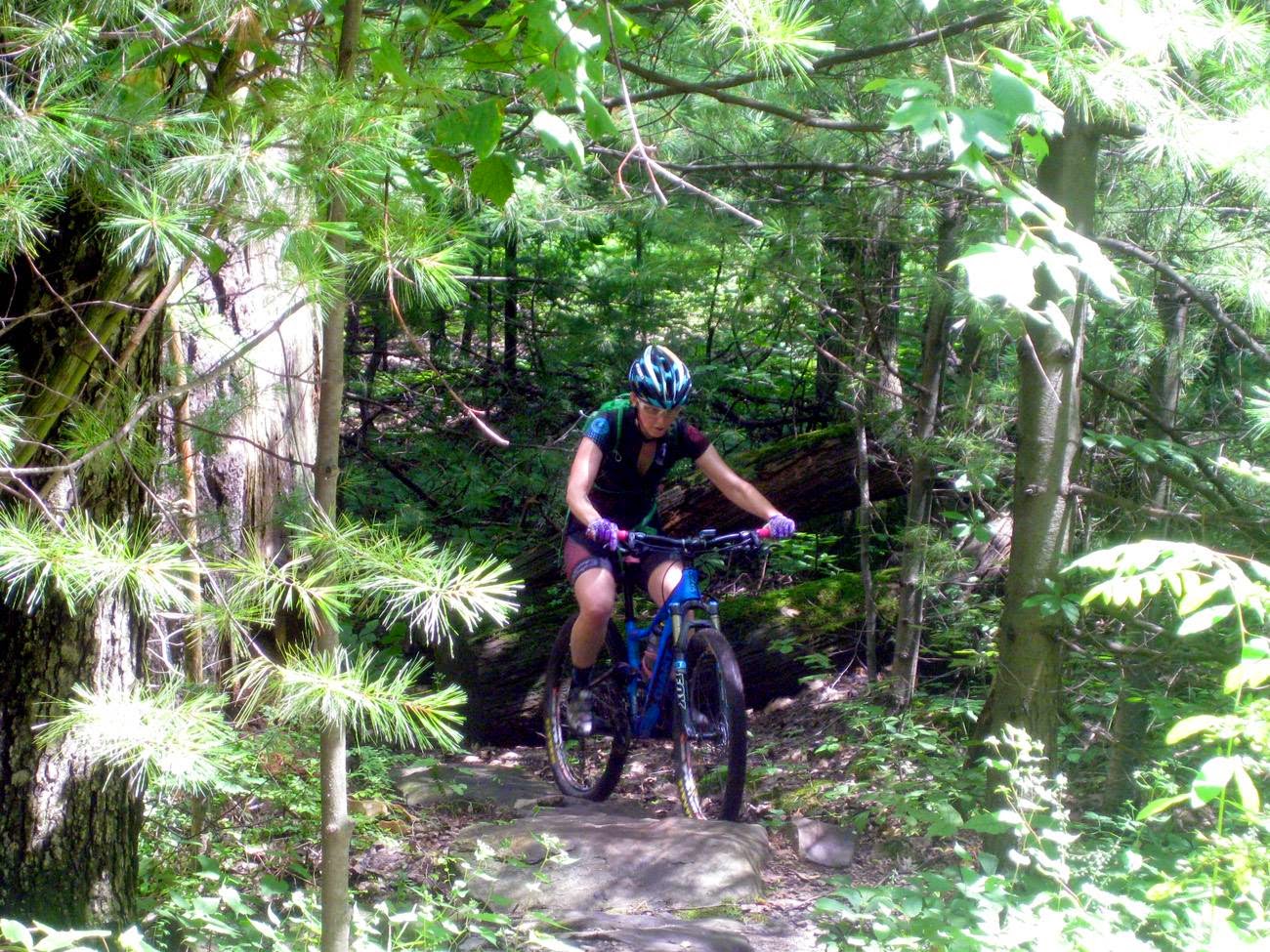 One fun fact of the weekend was that we saw Highland cattle on two different occasions this weekend. The first was a group we always see on the way to and from Cooper’s Gap, but we finally stopped to take a picture. Then on Sunday, we did a new-to-me road route on which we discovered a different group of Highland cattle lived. This group was much more impressive, and contained the first black one that I’ve ever seen. Unfortunately, someone came out of the house as soon as we stopped to look, so we didn’t get any pictures. 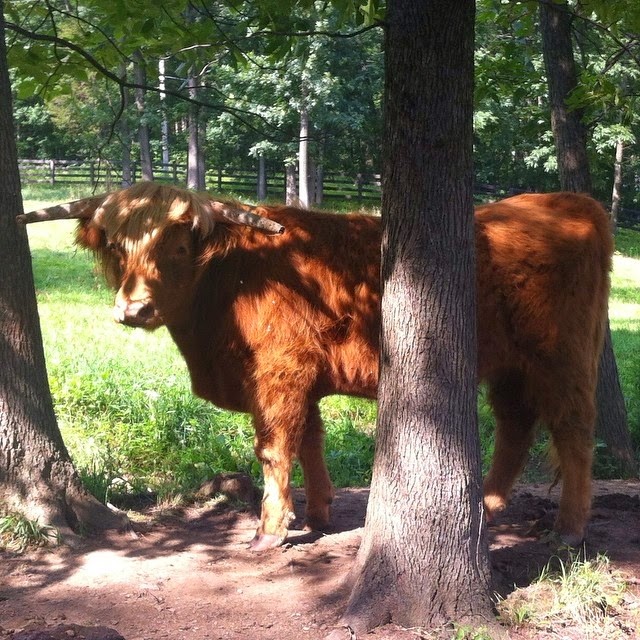 Posted by Lindsay Hall-Stec at 2:41 PM