I haven't been blogging for a couple of weeks, because nothing really noteworthy has happened cycling-wise. Since Versailles I have missed both the Sub-9 Super D at BCSP and the DINO Logansport race. I wanted to do the Super D, because it would have been a chance for me to compete in a more downhill than up format, which probably would have been advantageous. However, it wasn't that high on my priority list and I thought $35 was a bit much for a 5.5 mile race.

I've also spent the time since Versailles working getting back to consistent training and preparing for CX and the fall endurance races. Rather than giving up the weekend for a short race, the crown jewel was a two full laps of Versailles at 6 hour race effort. I was 15 minutes faster than the first two laps of last year's 6 hour, but still a bit off of the pace for which I was hoping. Slogging through alone with semi-stale legs is much different than working under the influence of race day magic though, so I still think some faster laps on September 11 will be in the cards.

On the other hand, I was a bit more bummed about missing the DINO Logansport race. Even though I had bad races there the last two years, it was also the site of one of my top five best races ever back in 2007. I had a good feeling about this year. However, Adam's brother and his wife had there first child last week (Ramona Elaine Rodkey), and we spent Sunday going to Chicago to see her. Although I'm pretty awkward around babies, it's still exciting to be an aunt.

It all may be just as well, anyway, because I had a little too much excitement on Saturday and had a pretty painful road bike crash. It was really dumb - a short downpour early in the ride was enough to make the streets wet, but not enough for me to remember that the streets were wet. So I whipped into a side street at full speed, and ended up sliding across the road on my left side. Now I've got a grated elbow and hip, and still some lingering sore muscles from the impact. As it was I was worthless for any riding on Sunday even if circumstances would have allowed. I'm seeing chiropractor/ART guru Brian Murer at lunch today, though, and I expect to be on track to complete tonight's interval workout, even if I'm not 100%.
Posted by Lindsay Hall-Stec at 9:12 AM 3 comments:

Four Hours and a Feed Bag

This weekend I got back into endurance MTB training, since the DINO 6 hour (I've settled on the 6) and Berryman Epic will be here before I know it. The plan was to ride four laps of French Lick at endurance race pace. Since French Lick has a nice wooden deck at the trailhead, I decided to ditch the pack and set up a "pit" on the deck. 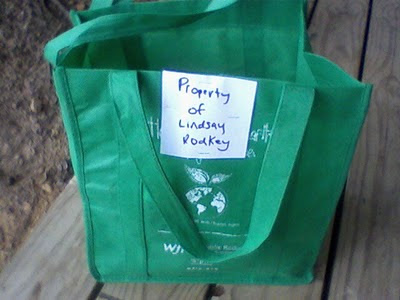 The only bad part was riding from the parking lot carrying a fairly heavy bag, and I actually got off and walked the little steep pitch from the road to the deck, since my balance was bad. Of course, there was a big group of people sitting on the deck who watched me walk up and set up my bag, which was awkward. 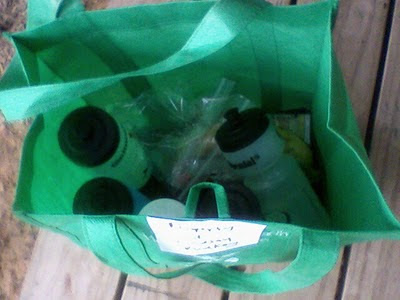 The good news is that it worked out well and it was nice being able to ride pack free. I also tested out a new mid-ride food that worked out well: a Bloomington Bagel Co. soft pretzel bagel with Nutella, cut into quarters, and eat one quarter at the beginning of each lap. A good balance of salty and sweet, seemed to digest well, and didn't leave any weird aftertaste. (I hate the aftertaste of anything peanut butter or cinnamon flavored while riding.)
I ended up only doing 3.5 laps, because I needed to get home, but the three full laps that I rode were good. I did 1:03, 1:06, and 1:07, which were all significantly faster than my single lap at the French Lick DINO race (1:16). Of course, I had better trail conditions, a faster bike, and didn't have to ride the start/finish shoots nor the ridiculous fireroad section. Hard to tell if the DINO course was noticeably longer or if I was really faster, but regardless I was happy with my ride.
Posted by Lindsay Hall-Stec at 12:52 PM No comments: