So after an uneventful weekend off from racing (totally forgot to stop by the blowup doll store and didn't get arrested otherwise), I figure it's a good chance to participate in the new and improved Want It Wednesday.  Now it's even easier to want stuff, and you can do it on any Wednesday that you like, just the see the details in the link above.

So what do I want? Well, a lot of things, but most of the list is philosophical right now, and we're talking about actual, physical, bike-related retail goods.  In that area, I'm actually pretty satisfied at the moment.  Before the Cincy 3 I shelled out some dough on the Columbia website for the sweet blue plaid coat and fur boots that I'm wearing below in hopes that they would see me through the 20 degree nastiness at the end of the season.  Really, they just made standing around in 40 degrees and rain tolerable-ish.  Lets face it: my body just doesn't generate sufficient heat, even when there are nifty space-age aluminum foil layers to try to keep it in. 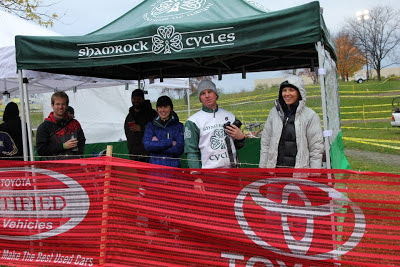 Thinking back across the season so far, I can only think of one other purchasable object that would have made things better: toe spikes.  Before the past two weekend of which we won't speak further, I found myself running up the squishy side of a dam at Bradford Woods many times at the last ICX race, followed by a few trips up some uneven limestone stairs that were also accompanied by some squishy footing (and me in purple Tulle).

I'm pretty bad at run-ups, but I think most of my problem is that I have to take really tiny steps because I'm unsure of my footing.  Unfortunately, I've always worn Sidi shoes, but none of the models that come in my size (38) come with the option of toe spikes.  I guess running up muddy inclines isn't ladylike or something.  Regardless, the silver pair I bought last season will likely be my last Sidis, anyway, as my husband's mostly commuter and weekend warrior oriented shop could no longer move the number of high-end shoes required to meet Sidi's dealer demands.  He has already switched to Giro mountain bike shoes and seems pretty happy with them.  I'm not really due for a new pair for a while, but the inevitable purchase, plus the appeal of toe spikes, is kind of making me want to get them a bit sooner.

There's just one hard decision:  Black and teal to match my helmet? 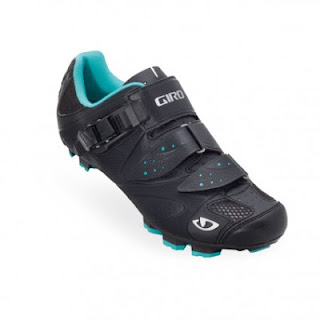 Or white and pink to match my bike? 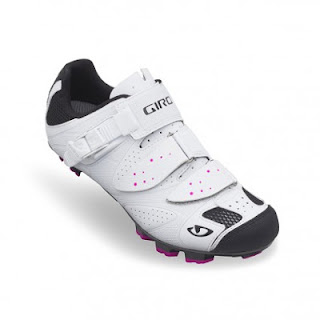 Thanks for doing the WIW link Lindsay! I'm being a bit bad at writing on my blog this last week or so but I'll update asap and put yours on my blog with appropriate links etc.

Anyway, shoes. I always think shoes or helmets, gloves, glasses should match your clothes. Nothing shouts 'pro' like the coordinated look. But I like those black shoes....and I know white look beautiful but after some muddy rides they look terrible. Can't call it.

Jez, therein lies my issue. Color coordination was easy when I was on a girlie-colored team. Now it's kind of hard, because I love being on a real local team and having teammates, but I'm not ready to ditch on my pink and baby blue for orange, though!

I will most likely go for the black for mud-related reasons, or see what colors they get for next season.

Black, unless you have your own soigneur to clean those pretty white ones!