"Don’t worry about riding good or bad, let your mind run blank. It’s hard to explain, because all your planning etc goes around making it a long ride and being ready for a long ride. But when it comes down to the ride, focus on the trail right in front of you. Don’t worry about what’s next or if your nailed or flubbed the last section. Little tiny bites at a time make it really easy to swallow more than you probably can."

That was Jason's sage advice to me a few weeks ago after I struggled on a long training ride. However, I think I may adopt it as my new attitude towards cycling in general.

I'm surprisingly not that upset about not finishing the Lumberjack. Sure, I had to choke back a few tears when I handed in my timing chip early and spent a lot of the drive home worrying about what people would think when I dropped out after all the hype. I could have used my crash as an excuse, but my injuries actually did very little to hamper my performance. Despite three months of really solid training, I just wasn't fast enough in time for the race.

Given those facts, I can either get really pissed that my genetic makeup won't allow me to average 8 mph on singletrack for 12.5 hours after three months on a training plan that probably would have landed a person of normal ability in the top 10 or I can be proud of myself for sticking to that training plan for three months. I've chosen the latter. Because getting mad about my genetic makeup will not do any good.

What I will do is take the next week off the bike, because that's what my training plan says to do. When it tells me to start doing workouts again, I'm going to do them. Maybe I'll set a goal of putting together another 100 days, just for good measure. I'm going to try not to think about Pisgah too much and just do the work until October 15. Then I will accept whatever happens when that day comes. If I can not smash into some pavement on October 12, that's even better.


There's one other thing I've been thinking. You know how some people ride to raise awareness for charities? I think I'm going to start a foundation for TDD (Talent Deficiency Disorder). While there is no cure for this disease, I would like to prove that it can be effectively managed with proper treatment. Eventually, I would like to raise enough money to build the "Lindsay Rodkey Center for Kids Who Can't Ride Good and Wanna Learn How to Do Other Stuff Good Too". 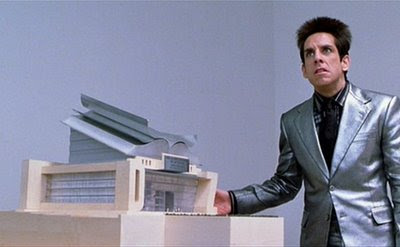 Posted by Lindsay Hall-Stec at 3:21 PM

Woah woah, who says you don't deserve to care about racing? Or who acts like that toward you? I'm glad you're not going to take it! Keep on keepin' on! And be all like "brrrrraaaap"....yeah.

Is the Pisgah Stage Race the next race you're strongly focusing on?

I'm glad you shared your thoughts about the "new attitude."


Also, the Zoolander reference made me laugh =)

Nobody says it, but I just get that feeling sometimes.

Yes, Pisgah will be my next A race. I'm officially not thinking about how I'm going to do and just focusing on training the best I can.

You don't know me but I ran across your blog recently from another sight. You and I could be twins - not so fast but willing to give it all for endurance racing. It's so nice to see there are others like me! Your recent posts exemplify things I have been thinking/feeling lately. Here's my blog - valeriejdosland@blogspot.com if your ever interested.

I tried the Lumberjack in 2006 and only made two laps. I had several flats and a chain break which made it so I couldn't make the cutoff. I'm planning on trying again next year.

Hang in there and never forget why you're doing this!

Lindsay - just keep peadling! It doesn't matter what anyone else thinks. We do this because we love it, its supposed to be fun. So just keep doing what you're doing and enjoy...

Hey Lindsay! You should be proud of yourself. Not many people (incl me) put in the kind of time and discipline that you've been doing over the past few months. You set some awesome goals and stuck to your plan! I know only a handful of people that do that, and like I said above, I'm not one of them.

Everyone deserves to race; it doesn't matter what anyone else thinks. Anyone who thinks that needs an attitude adjustment.