Nothin' But a Good Time

There really isn't much to say about this weekend's racing.  I did ICX Backyard Cross race on Saturday and BloomingCross on Sunday.  I still seem to be missing the mojo I lost last weekend, despite the rumor that mojo handups would be given out on Saturday.  I apparently didn't get one.  It was a hard, ugly slog, and the first time I have ever not liked racing in mud.  I love slick, sloppy mud and railing corners, but I wasn't into the sticky peanut butter mud on top of an open power course on Saturday.  That was just hard.

Sunday's course was much better, especially since it was Adam's piece de resistance of the past few weeks. It was much better laid out than in years past and really took advantage of the great venue (multiple locations of flush potties!), and the beautiful weather that always seems to occur on BloomingCross race day.  Unfortunately, I made a dumb mistake in that between switching from my Limus from Saturday to the trainer tire to the Grifo that I actually intended to race on, the actual race tire never got pumped up.  I spent most of the first lap trying to figure out why the course was so slick when it wasn't wet at all until I finally realized that it was just my super squirmy tire.  I got a new back wheel about halfway through, which made the rest of the race more pleasant, but didn't save me from last place. 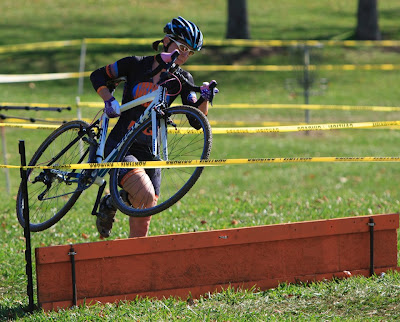 After the "real" race, I once again participated in the Little 500 bike race at the end of the day, where we ride stock Little 500 bikes (super heavy, single hard gear, slick tires, coaster brakes, platform pedals) on the cross 'course.  It's super fun because it's just such a ridiculous thing to do and the people that stay around to watch are extra hand-up and heckle-y.  See this lovely action sequence: 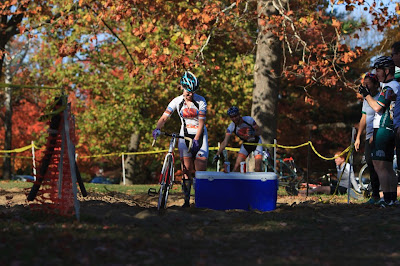 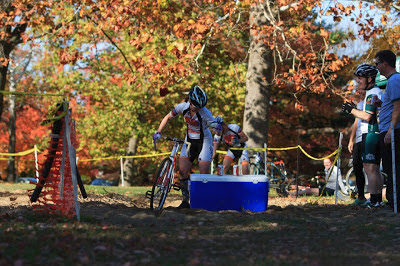 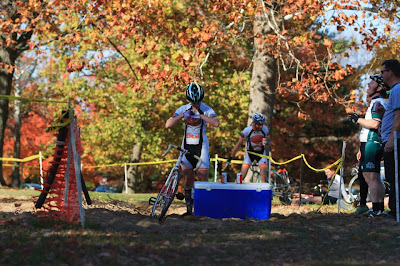 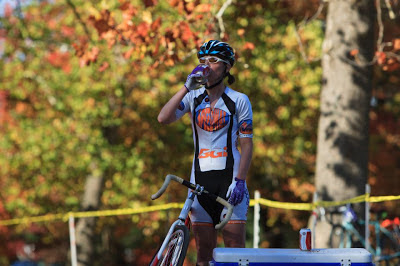 Seriously, who is that chick drinking Budweiser with sand it?  Kind of gross, but I felt obligated to drink if I wanted the dollar.
Posted by Lindsay Hall-Stec at 8:59 AM

L- YOU were the BOMB out there! We couldn't have put on a cool race without you and the holeshot shoutouts! That really was a good time. Thanks! Tom