This weekend we picked up again with the PACX series at Town Hall Cross in Bethlehem, PA. Being closer to Pennsylvania cyclocross “civilization” (Philadelphia) than the previous two PACX races, the turn-out was bigger than before. At staging I heard a girl complaining about losing her front row start because the first two races were “too far”, meaning that they were approximately as far away for her as every race is for us. I didn’t want to race bikes in a cornfield in 80-something degrees on August 31st, either, but I wanted a good call-up for the season, so I did. It was very similar to hearing OVCXers say that Bloomington was too far to go from Cincinnati, when the Bloomington faithful were out on the two-lane highways to the south and east every Sunday with little complaint.

After all that, I almost didn’t get my reward for racing in a cornfield in August. I noticed my number was seemingly too high when I got it, but I thought that maybe the numbers were in order of registration but would they would still call the women with series points up to the front row. There were only about five of us with points, but then I saw that the others were being called up by their appropriately low numbers. I stopped the official and said that I should be in the front row because I had points, and she just kind of shrugged and motioned for me to go up. Then she threw in the jab of, “Did you pre-register?” as I started to roll up. That really pissed me off, because of course I did, or why would I have said anything? I guess next time if my number doesn’t look right, I need to say something at registration. So much for OVCX and their call-up lists posted on the Internet the day before the race; here they don’t even bother with names. 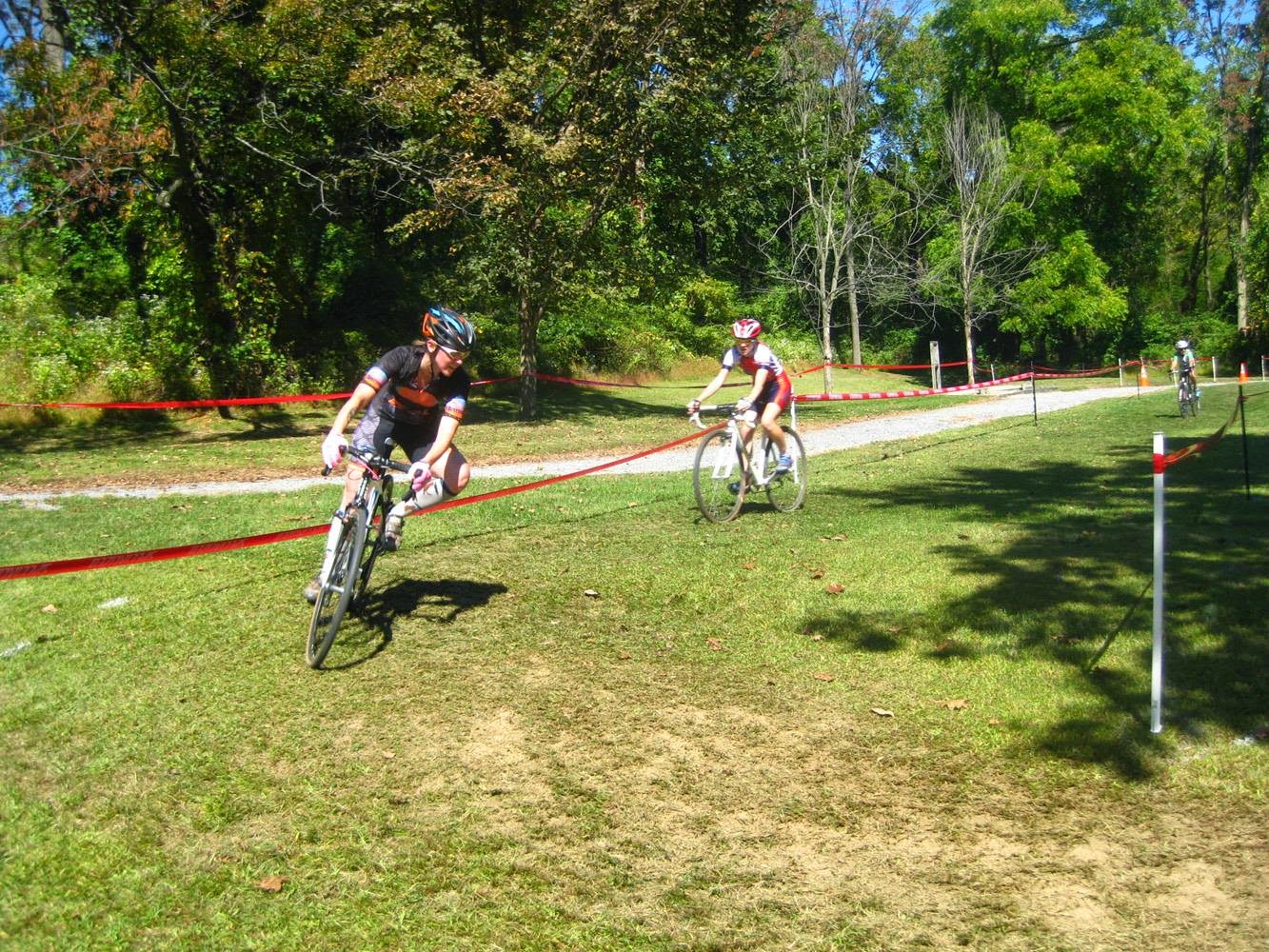 It probably didn’t actually matter that I got into the front row, because the start did not suit me at all. It was a long uphill drag up to a climb of who knows how many switchbacks. I didn’t fare too well on the race to the switchbacks and on the first pass it was hard to get a rhythm with everyone so bunched up. That’s unfortunate, because switchbacks are the only time I like climbing in ‘cross. The rest of the course was pretty flat and twisty after the big downhill bomb from the top, so I tried to make up spots there. I thought I was doing pretty well, but I was still getting redlined trying to defend my position on the straights. The heat started to sap me as it always does, and each time up the climb I got a little weaker. I spent most of the last two laps battling with a couple of girls who were a bit faster on the climb, but slower on the turns. It seemed like there was still a decent number of people behind us, but they must have been all juniors and 45+ women, because the results showed me as 19th out of 20 in the 3/4 race. 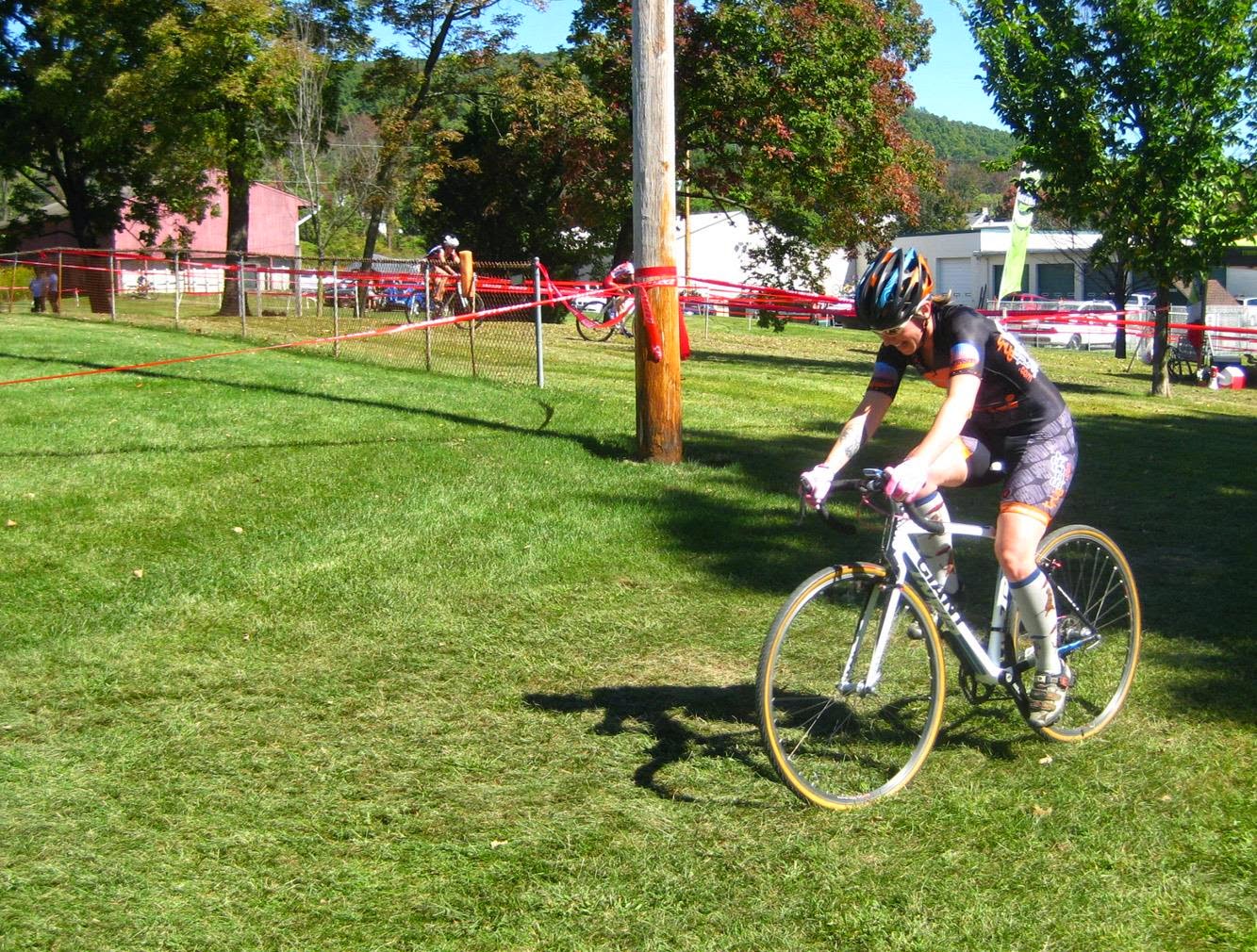 I can’t say that I was happy when I saw the results, but I’m strangely not taking my new place in the cyclocross hierarchy too badly. I almost feel like I should feel bad that I don’t feel more bad about it, but the fact of the matter is that I’m racing again. Like, actually racing. I’m not just showing up and going through the motions; I’m actually fighting again. I actually don’t understand why I’m as slow as I am right now, but at this point there’s nothing I can do but keep racing and hope the tide turns.

Racing every weekend seems to be doing me a lot of good mentally, too. The depression I was feeling over the summer seems to have lifted, and I’m not overcome by the “I’ll never get back into shape” demons that I encountered when I was trying to break through the wall of mountain bike fitness with my tiny hammer. I guess my biggest problem through the spring and summer was not knowing what to do to make myself better. Cyclocross season, I know how to do that. I feel better now that I have steady weekly schedule that doesn’t overtax me mentally or physically, and whether I manage to show some breakthrough fitness this season or not, it’s laying a good foundation for the winter.

I’m actually kind of sad that I won’t be racing again until October 19, but there are no races in PA next weekend, and my parents are coming to visit the weekend after that. My hope is that I won’t lose the progress that I’ve made during the surprisingly quick first half of the season, and that I’ll come back in three weeks to more ‘crosslike weather and hopefully even some mud.

I also need to mention that, despite my terrible placing, Frank got his first podium on Saturday with third place in the singlespeed class. I'm pretty proud of my 'cross protege, even if he is doing better than me now. 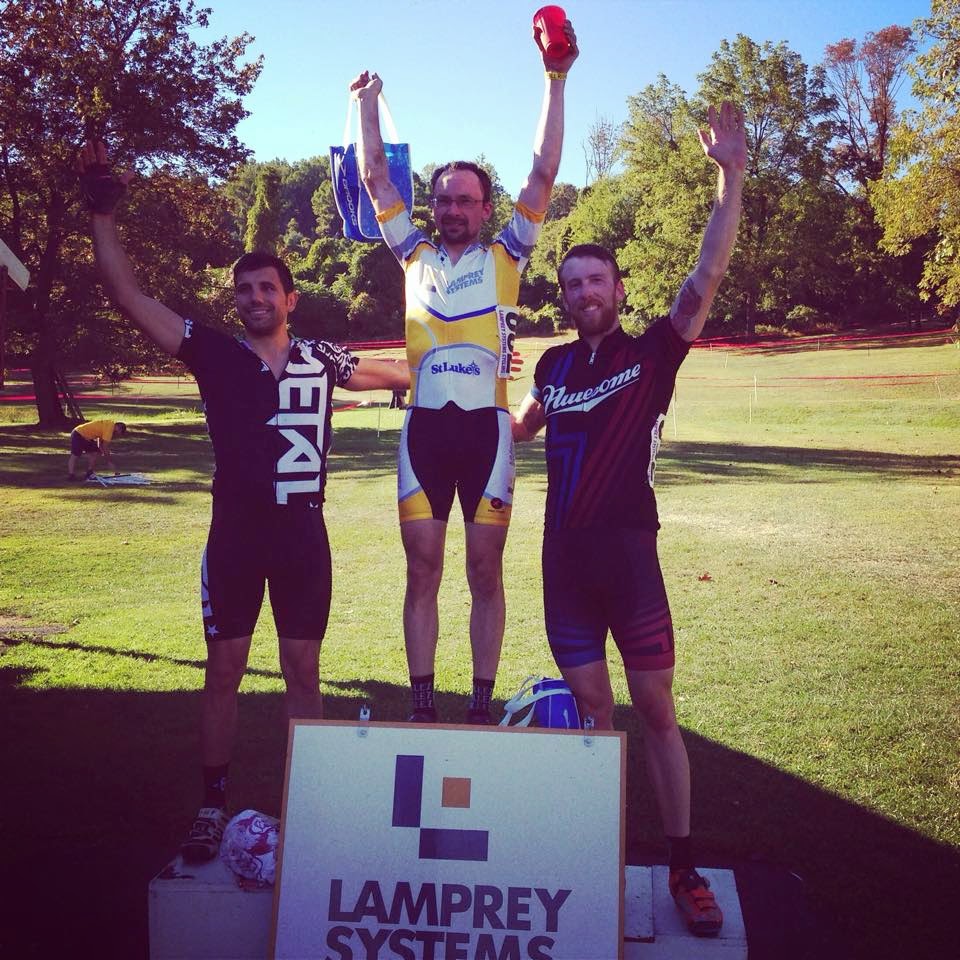 Posted by Lindsay Hall-Stec at 5:04 PM