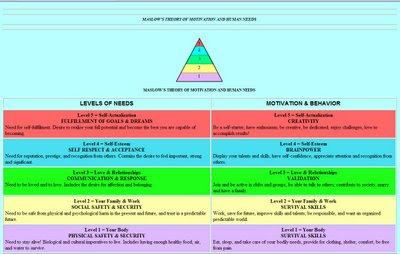 Over the weekend, one of the girls that I race against mentioned her fear that sticking to a more rigid training plan would make cycling like a job for her.
Many times this season, my training plan has been all that I had to hold onto. After three years of whining and hoping for quick fixes, I've finally made a real committment to something despite having no guarantee that it will get me the results I want. So far, I am seeing great results on my power meter and not so great on the race course. Nevertheless, I keep coming back every day and doing what my calendar say to do.
So it made me wonder if cycling was like a job for me. I decided that it depended on what definition of job I used.
First I thought that a job is something you would quit if you no longer had to do it. Well, yeah. Most people I know would quit their jobs in an instant if they won the lottery. That would be because their needs for food, shelter, clothing, etc. would be met and their job would no longer provide any function in their life.
So a job is something that you do to fulfill a need and that you might not do if that need were filled in some other way. According to Maslow's Hierarchy of Needs, my day job takes care of my Level 1 and 2 needs and my cycling "job" covers the Level 4 and 5 range. The thing is that there is no such thing as winning the self-actualization lottery, so I pretty much have to have a job to cover that one. Of course, I have several sources of "income" in that area, including some parts of my day job, but athletic pursuits seem to be my career preference.
This season is paying well in the Level 5 area, but not so much for the less mature Level 4. My Level 4 self wants to pout about everyone else being faster than me and say "take this job and shove it". The problem is that I don't actually quit because I don't have another "job" to replace it with, so I just do poorly at the task at hand. This is the fight I've been having with myself for three years and it's gotten me nowhere. That's why I've decided to focus on getting my Level 5 needs filled and see what happens.
Of course, everyone fills their needs differently, so I'm sure not everyone who follows a strict training plan feels the same way. Personally, I don't mind that cycling is a job for me, because the "bills" need to be paid somehow and I can think of worse ways to do it.
Posted by Lindsay Hall-Stec at 12:59 PM

Don't think of it as doing poorly @ your job. As you aren't doing a poor job. You're just working your way up through the ranks and gaining the experience you need to work your way up the ladder.

The point is look to see where you've come from. Look at the quantitative results that you have; your power files, the new sections you're clearing on the local courses, and how much better/faster you've gotten on your fun rides.

If you can keep progressing like you have so far (how many workouts are you up to now?), then the finishing places will sort themselves out in time. You must just be patient.

Take some time and work on stuff other than fitness. How is your wheelie or your bunnyhop? Those are both mega important on the mountain bike. Is there a pump track near you? If so, spend some time on it and get a feel for preloading/unloading your bike. If not, google up some videos and practice the techniques on your local trails.

This can also net you big gains in speed and decrease your energy expenditure which helps you get faster.

Oh, no. I don't think I'm doing poorly at my job because of poor race results. I was referring to my past behavior of starting to skip workouts, etc. when things were going bad results-wise. Kind of like justifying calling in sick because you feel like you're not getting paid enough.

My point was that I've grown up a bit this year [at both of my jobs :)] and I'm not resorting to that type of behavior. Now it's more like I'm waiting on my body to notice what a good job I'm doing and give me a promotion.

I'm on Day 121 of my streak, but that includes coach-assigned rest days, which is the majority of the last three weeks.

I do have a skills night most weeks, but it seems like it's the kind of thing that can't really be forced, just gently prodded along.

You'll get your promotion soon enough. Sometimes, the boss (body) is just a bit slow to notice what a good job you're doing.

Congrats on the streak!